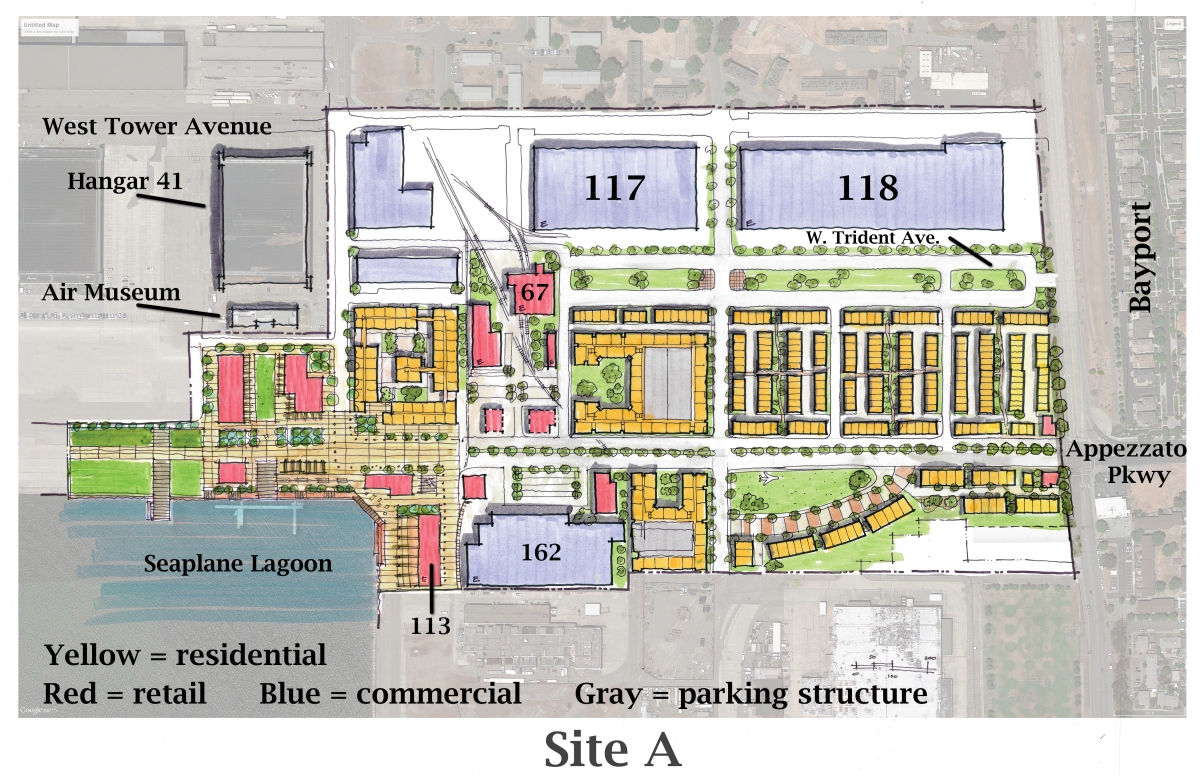 At its January 20, 2015 meeting, the city council will weigh-in on the preliminary layout proposed by developer Alameda Point Partners (APP) for a 68-acre residential and commercial parcel between Main Street and the Seaplane Lagoon.

APP was selected by the former city council on November 18, 2014, to work up a plan for 800 condos and apartments and 200,000 square feet of retail and commercial space. The developer will also be responsible for changing the gateway street alignment from an oval to a straight line leading to a new public plaza at the Seaplane Lagoon.

Normally, development projects are first presented to the planning board. At the November city council meeting, however, staff was directed to check in with the city council regularly to receive guidance on the development plan. “As a result, staff is bringing the preliminary concept plan to the city council first before presenting it to the Planning Board,” said Jennifer Ott, Chief Operating Officer for Alameda Point.

APP plans to construct a new ferry terminal in the Seaplane Lagoon and contribute $5 million toward the proposed 44-acre Alameda Point sports complex.

The developer will also construct a necessary sanitary sewer line from the north side of Alameda Point through the heart of the adaptive reuse area. “This new sewer infrastructure is crucial to facilitating new employment-generating development in the adaptive reuse and enterprise areas,” said Ott. “Without this important piece of new infrastructure it will be very challenging to attract new job-generating development to Alameda Point.”

The project will include eight acres of parkland at the Seaplane Lagoon. By adding park space and instituting early phase outdoor events at the “Site A” waterfront, the city is hoping to create a sense of place and offer amenities for potential employees, which is considered crucial to attracting major commercial users, according to the staff report.

APP’s investment dollars spent realigning the gateway street will qualify as city matching funds in the city’s application for $25 million in recently approved Measure BB transit funds, as well as federal funds, for adding transit and bike lanes to Ralph Appezzato Memorial Parkway from Main Street to Webster Street. The old railroad right of way on the south side of Appezzato Parkway will allow for adding the new lanes.

The developer is proposing to reuse seven buildings for commercial purposes. “We don’t want to scrape the site and start from scratch,” said APP Project Manager and Alameda resident Joe Ernst. “It wouldn’t have the right feel, given all of the original buildings that will be reused elsewhere at Alameda Point.” Ernst said that APP plans to hold on to the reuse buildings and lease them out.

A development agreement could be approved as early as May if no extensions are granted for the negotiating period. At least four city council votes are required for the city to approve a land sale to the developer.

“If a development agreement is signed this summer, we could begin horizontal infrastructure improvements by early 2016,” said Ernst.

Newly elected Vice Mayor Frank Matarrese, who campaigned on a slow-growth platform, said, “I’m going to be carefully looking at all the information I can get on this and listening to every comment and input. I want to make certain we don’t overburden the west side of the city.” 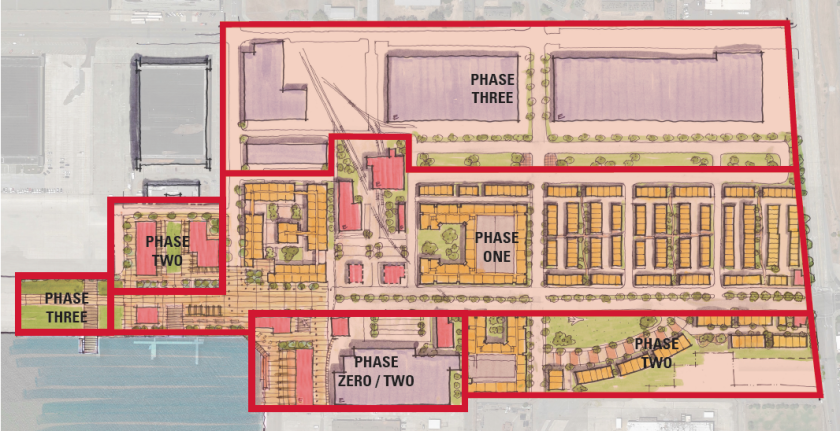 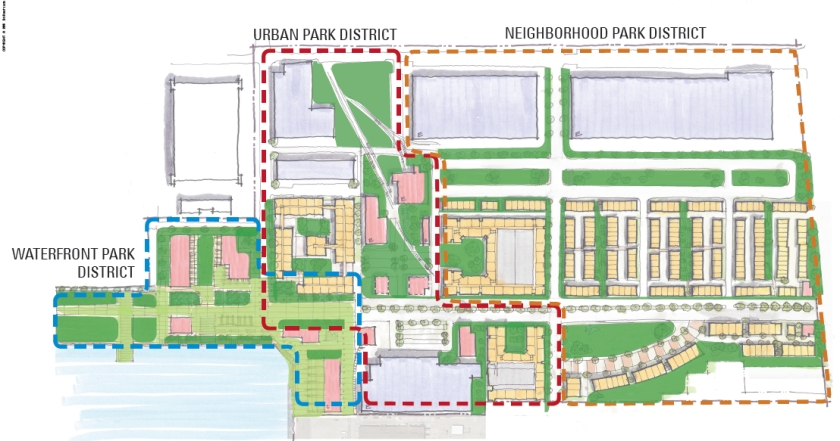