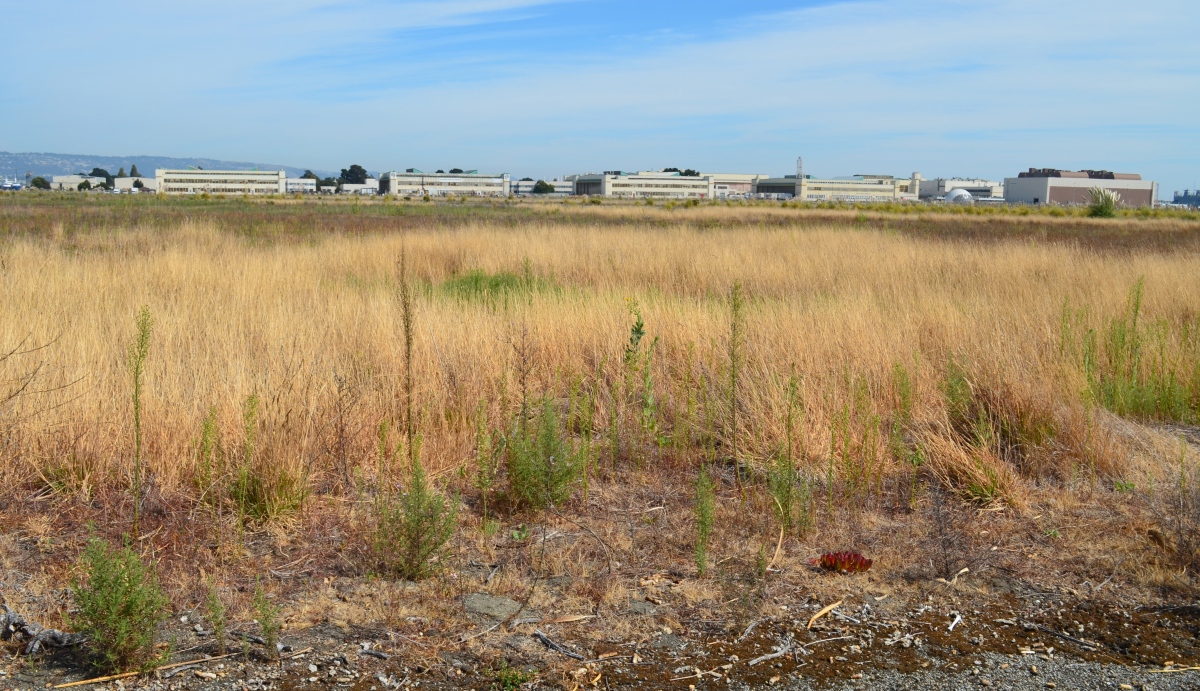 Below is the draft of a city council resolution that has been introduced to the council by councilmembers Stewart Chen and Tony Daysog.  It is on the council agenda for 7 PM, Tuesday, February 19, 2013.  The community is urged to attend and voice their opinion.

The refuge has been home, harbor, and safe haven for many species, even during use as a military base.  As the property transitions to VA ownership, the protective status of “Open Space” and “Wildlife Refuge” should travel with it on into the future.  It is a rare piece of earth on the Bay that should be available for nature to reclaim.  Proper zoning will reflect the level of commitment we have toward environmental stewardship in an era of growing demands on ecosystems everywhere.

Whereas, the 1996 Community Reuse Plan identifies the southern two-thirds of the Naval Air Station-Alameda airfield for preservation as a wildlife refuge;

Whereas, the 1996 Community Reuse Plan stipulates that this area “would remain as open space to provide for the preservation of wetlands, sensitive species, and regional open space uses”;

Whereas, the City of Alameda General Plan was amended in 2003 to add Chapter 9 on Alameda Point, which includes support and encouragement for funding and implementation of the U.S. Fish and Wildlife Service’s Comprehensive Conservation Plan for the Alameda National Wildlife Refuge;

Whereas, the General Plan amendment supports “a system of trails that provide public access to and within the Wildlife Refuge” that balances natural conservation with public access and education;

Whereas, the General Plan amendment supports the creation of education facilities and programs, similar to other conservation areas such as the Elsie D. Roemer Bird Sanctuary;

Whereas, the wildlife refuge is home to one of the most successful nesting sites in California for the endangered California Least Tern;

Whereas, Breakwater Island is part of the wildlife refuge vision in the 1996 Community Reuse Plan, and it is the only night roosting area of its kind in San Francisco Bay for California Brown Pelicans, which were only recently removed from the Endangered Species List;

Whereas, the wildlife refuge, and the entirety of Alameda Point and its adjacent waters, are subject to special restrictions for protection of the least terns by authority of the 2012 Biological Opinion issued by the US Fish & Wildlife Service, the responsible agency for enforcement of the Endangered Species Act;

Whereas, the 511-acre refuge area offers a rare and vast inner urban opportunity for public access and education, a respite and retreat from the built environment, introduction of native plant species, expansion of wetlands, and wildlife recovery and protection efforts;

Whereas, the Alameda Wildlife Refuge would complement the land uses contemplated for the mixed-use area of Alameda Point, as well as complementing the entire city and the Bay Area;

Whereas, numerous federal, state, and regional public agencies possess the experience and mission for collaboratively managing a wildlife conservation area;

Whereas, environmental cleanup and remediation will be completed by the Navy in compliance with federal and state environmental laws;

Whereas, ownership by the VA will ensure that potential environmental cleanup liabilities regarding the Site 2 landfill, and any other portion of the federal property, will be borne by the VA (unless retained by the Navy) regardless of the land uses;

Whereas, the wildlife refuge vision is compatible with, and complementary to, proposed plans for a VA clinic and columbarium;

Now be it therefore resolved:

The City Council of the City of Alameda re-affirms our commitment to and support for the creation of a wildlife conservation area known as the Alameda Wildlife Refuge at Alameda Point;

And be it further resolved that the adjacent waters of the Alameda Point Channel, and Breakwater Island, are to be included in the management plan for the refuge;

And be it further resolved that the City Council of the City of Alameda will support the zoning of the wildlife refuge property as “Open Space with a Refuge Overlay,” or similar conservation zoning designation, to promote the protection and implementation of the values and goals recited in this resolution.

The California Least Terns are arriving back at Alameda Point’s wildlife refuge to lay their eggs and raise their young.  The volunteers, who help maintain the site, and the US Fish & Wildlife Service (USFWS) biologist responsible for the tern colony, have never left.  They carry out maintenance tasks during the non-nesting season – September to early April – as well as help monitor bird behavior during the nesting season.

The California Least Terns return to California every April from Central America.  The old Navy runway area at Alameda Point is among the limited number of sites where these endangered birds come to nest.  Driven to adapt to a loss of undisturbed beach habitat, they began nesting at Alameda Point decades before the Naval Air Station closed in 1997.

While Navy jets would be disturbing for humans to live next to, for the terns the movement of the jets was predictable and easy to avoid.  That’s not the case on an increasing number of beach areas where people and pets can easily trample eggs in the sand and frighten the adult birds.

The Alameda Point colony is considered the most successful for this bird.  It is believed that the success at Alameda Point has led to new colonies elsewhere in California.

Volunteers are recruited by the Friends of the Alameda Wildlife Refuge, a committee of the Golden Gate Audubon Society.  Activity at the Least Tern nesting site started ramping up in January this year as it always does, with guidance from the USFWS biologist.  Volunteers perform tasks such as removing weeds, repairing the mesh barrier that keeps chicks from wandering off or getting injured in the chain link fence around the nesting site, and distributing oyster shells to confuse hawks and other flying predators that often circle overhead during the nesting season.

Every year the US Fish & Wildlife Service re-positions all of the numbered cinder blocks that establish a grid pattern for recording bird behavior.  The blocks, along with all the other “tern furniture” – wooden A frames and clay tile that chicks shelter under and in, oyster shells, driftwood – are gathered up and set to the side after the nesting season.  This allows for easier weed control and for the sand and gravel surface to be graded.

The grid blocks are placed into position using a global positioning system for complete accuracy.  When Tern Watch volunteers or the Fish & Wildlife biologist observe activity, they record the data according to a grid letter/number.  Without a grid system, it would be difficult to record accurate data for hundreds of eggs and chicks, i.e., did a predator steal an egg last night, or is that the nest that had only one egg?

This year there are two training sessions for the Tern Watch program.

The public is invited to take a bus tour to the site on June 16th.  The annual event is hosted jointly by USFWS and the East Bay Regional Park District.  The bus tours leave from the Crab Cove Visitors Center in Alameda.  Advance registration is required and is handled through the park district.  (See comment below.)