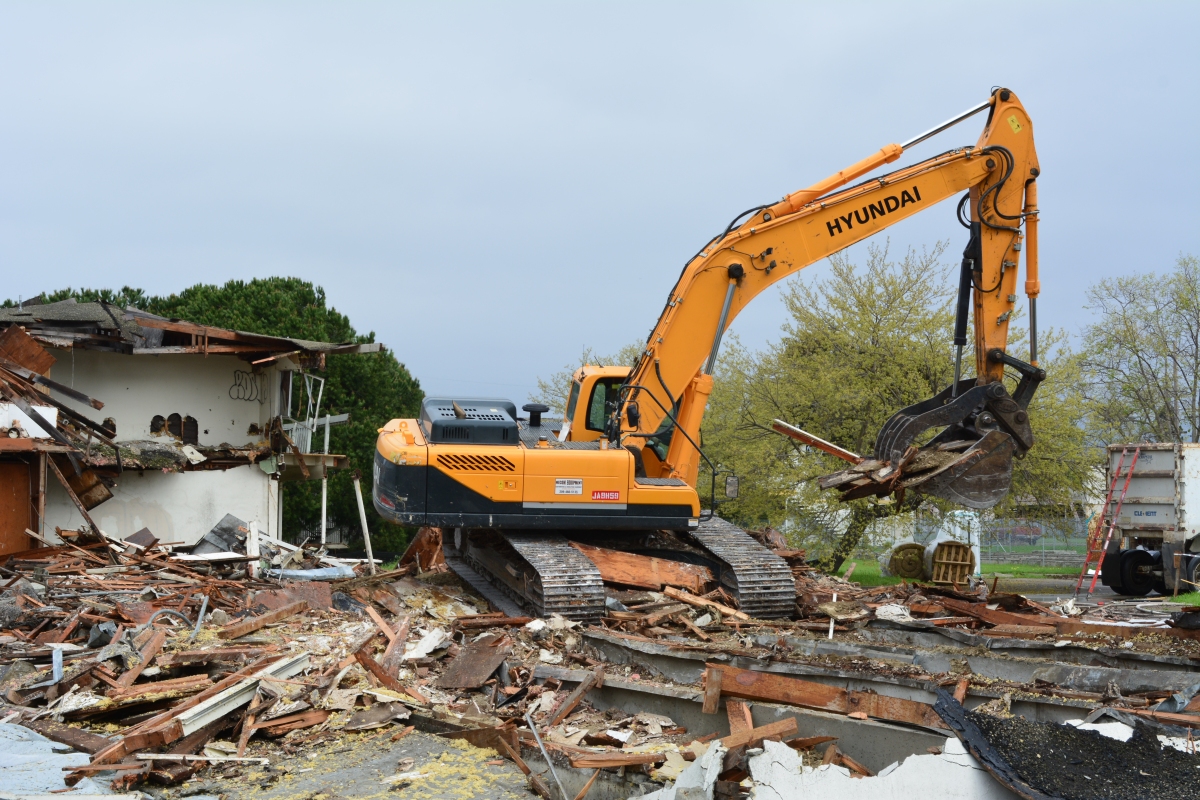 The demolition of 16 former Navy apartment buildings at Alameda Point has begun. On January 5, 2016, the City Council awarded a $547,000 contract to Asbestos Management Group of Oakland to perform the demolition.

In April of 2015, the city council directed city staff to come up with a plan to address safety and blight issues after KTVU Channel 2 aired a story about unsafe conditions at the abandoned housing area.

The structures are located on Orion Street, West Tower Avenue, Stardust Place and Pearl Harbor Road. Demolition began during the second week of March and is expected to be completed within 60 days. The job is being paid for out of Alameda Point base reuse funds.

In 2011, eight apartment buildings in the same neighborhood were demolished using federal Housing and Urban Development Block Grant funding. After the eight buildings were demolished, the foundations were fenced off as a safety precaution, but the remaining structures were not. The remaining structures continued to be a magnet for vandals and trash disposal. Following the 2015 KTVU report, carports full of trash were hauled away, and the buildings were fenced off.

The city is currently working with a team of consultants to draft a plan for the entire northeast area of Alameda Point were the abandoned structures are located. The area is dubbed the Main Street Neighborhood in planning documents. The detailed specific plan will include a range of housing types, small-scale neighborhood serving retail, urban agriculture, and public parks.

No timetable has been set for new construction.

One thought on “Demolition of former Navy apartments begins”