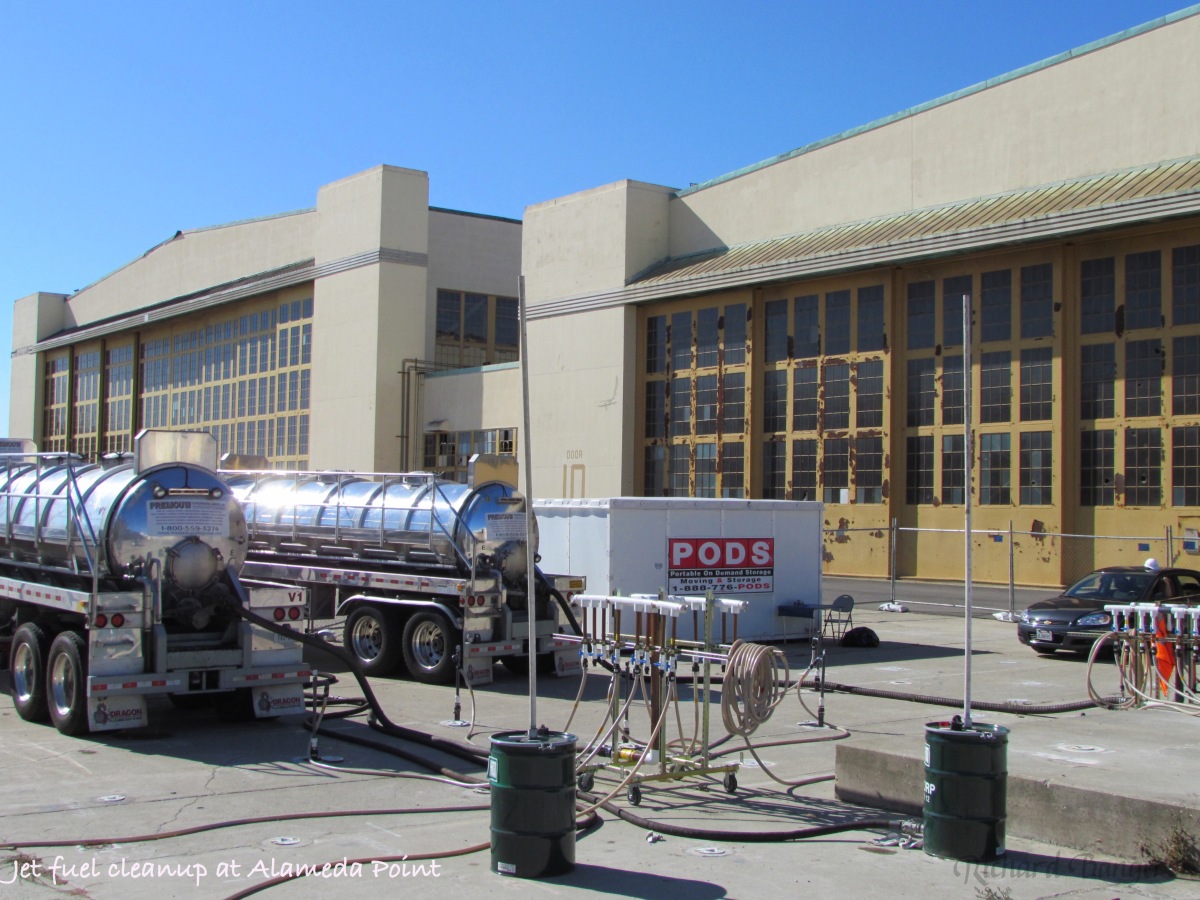 Recent revelations of falsified cleanup data at Hunters Point Naval Shipyard in San Francisco have caused many people to wonder about the integrity of cleanup at Alameda Point.  Can we trust the Navy’s reports concluding that goals have been met and land is suitable for transfer to the City?

The Navy thinks we can.  “To date, the Navy found no indication of data falsification at Alameda,” said Cecily Sabedra, Navy Environmental Coordinator for Alameda Point.

But more importantly, the rigorous and extensive testing requirements of cleanup at Superfund sites suggest that the process itself is what the public should look to for reassurance.  The data review process is exactly why a couple of employees were caught handing in fake soil samples at Hunters Point.

Groundwater cleanup is a good place to look at how the process has been working at Alameda Point, considering that is where the majority of the contamination has been.  The groundwater contamination resulted from releases of jet fuel and cleaning solvent and two leaky gas stations.  This cleanup has left the base riddled with groundwater sampling wells and injection wells used for injecting cleanup solutions or extracting pollutants. END_OF_DOCUMENT_TOKEN_TO_BE_REPLACED

Navy environmental cleanup operations at Alameda Point ran the gamut during the summer and fall of 2014.

END_OF_DOCUMENT_TOKEN_TO_BE_REPLACED

A Navy contractor will be cleaning up groundwater in part of the Town Center area next to the Seaplane Lagoon by injecting a solution of cheese whey, emulsified vegetable oil and water into nearly 200 wells that go down between 30 and 40 feet. The whey and vegetable oil will cause natural bacteria to flourish that will feed on the toxic trichloroethene (TCE) solvent causing it to break down.

According to the Navy, this type of food-stimulated bacterial bioremediation is common. The cheese whey is similar to the powdered whey products found in grocery stores. It will be delivered to the site already diluted in water. A hose will be connected to a fire hydrant and hooked to a metering device that will mix the whey and oil solution with municipal water as it is pumped into the wellheads.

The work is expected to begin in 2015, with periodic visits and testing until 2020. The first year of operation the contractor will make two visits of 35 days each. During each of these work periods they will inject 246,000 gallons of whey, oil, and water solution into the ground, allowing gravity to disperse the liquid.

The goal of the cleanup is to minimize the potential for hazardous vapors entering buildings, and chemicals migrating into the Seaplane Lagoon. TCE is an industrial solvent used to degrease metal parts. It was heavily used at aircraft and ship engine repair facilities on the site. A leak from a rail car is believed to be one of the major sources of the plume.

The 33-acre cleanup area is immediately to the south of the Navy jet on West Atlantic Avenue at the east entry to Alameda Point near Main Street. It is within the 150 acres of the Town Center that the city is seeking to develop in the near future.  In April, the city council sent out requests seeking qualified developers interested in residential and commercial projects. The cheese and veggie oil cleanup area will not be transferred to the city until at least 2020 when cleanup has been certified to have met its goals.

Cleanup of fuel in groundwater ended about four years ago at an old fuel distribution point on the north side of the jet monument.

Below is an audio and image presentation from the Alameda Point Restoration Advisory Board meeting on May 8, 2014. 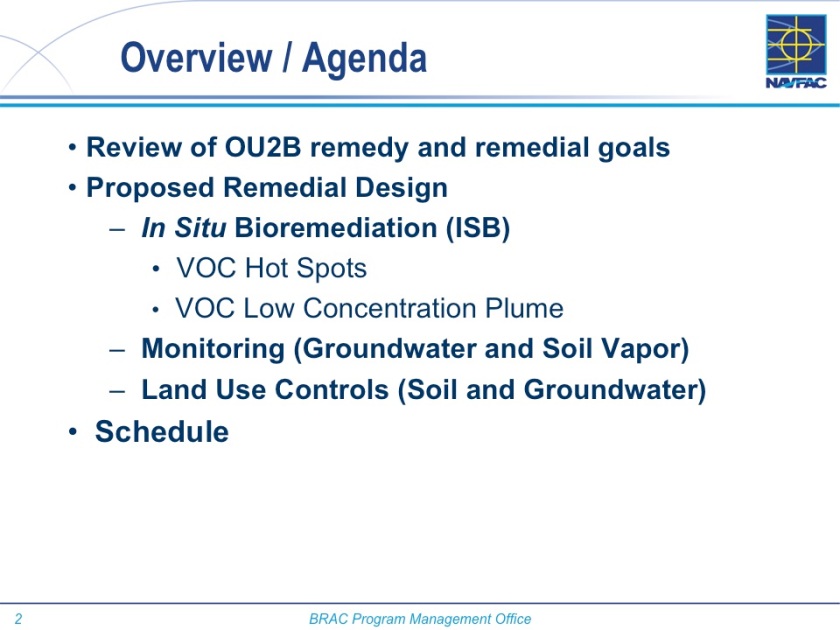 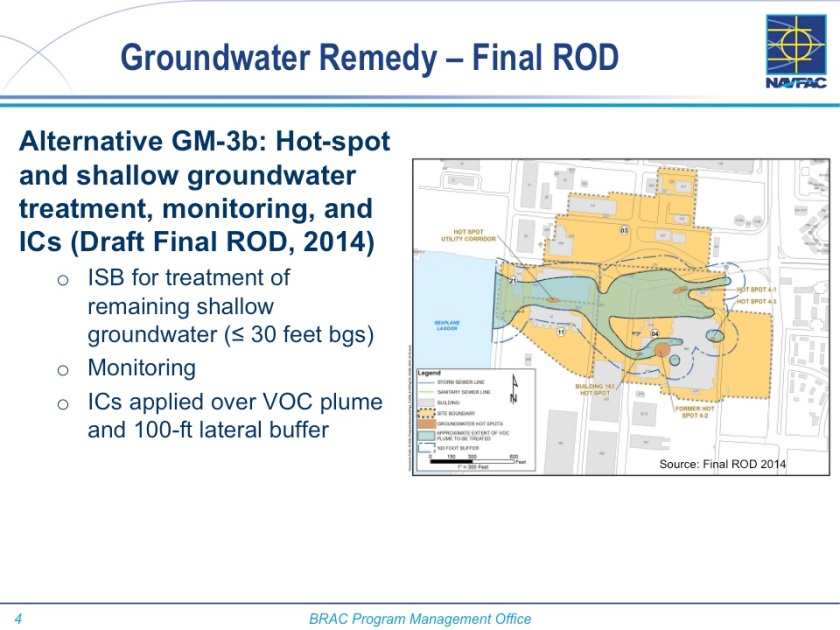 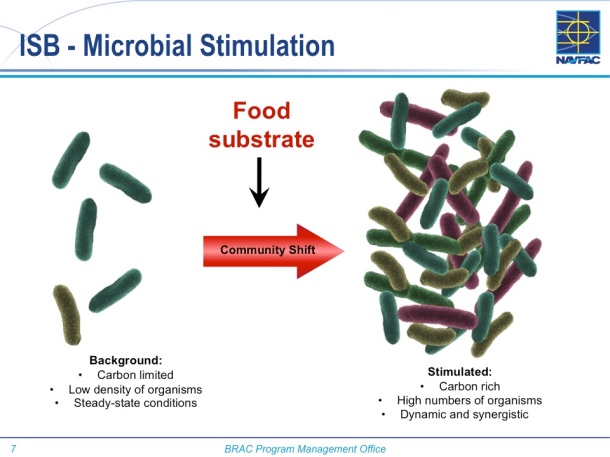 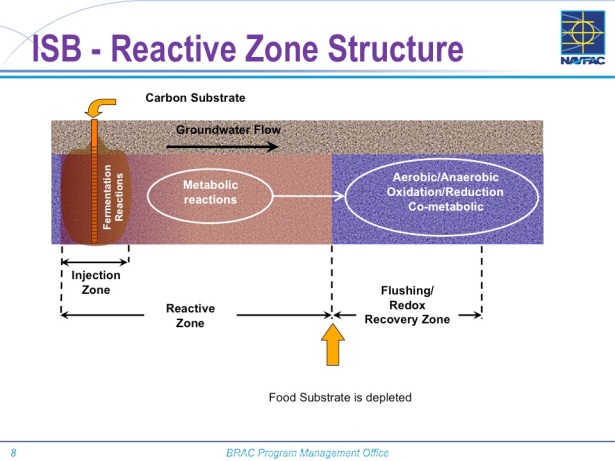