New street signs have been installed at Alameda Point, along with iconic winged emblems painted on the sides of hangars. The purpose of the new signs is for helping visitors find their way around and highlighting attractions and key tenants. The signs also create an enhanced sense of place for current and future tenants.

Square Peg Design, a company based out of Oakland, developed the signage program and describes it as “an interim program that addresses the immediate needs of Alameda Point as a bridge to the ultimate reuse of the site as envisioned in the new Alameda Point Zoning District Ordinance.” They state it will “clean up the confusing signage that has grown over the years and replace it with an organized and comprehensible wayfinding program.”

Aviation history up to the time of the Naval Air Station provided inspiration for the designs.

The Alameda Point Wayfinding Signage Program project was commissioned in September of 2014. The contract for fabrication and installation was awarded to Ellis and Ellis Sign Systems of Sacramento at a cost of $360,000. No General Fund money was used for the project. 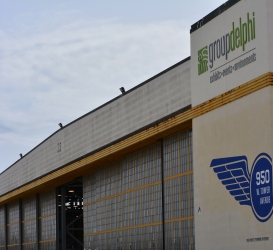 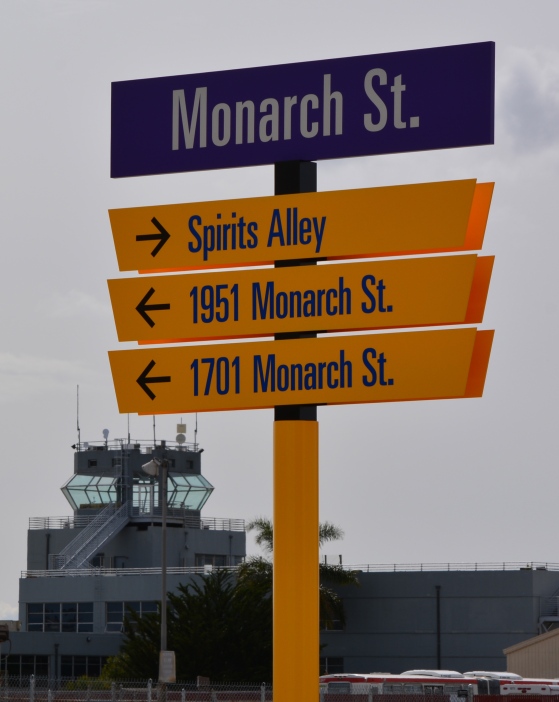 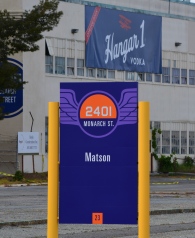 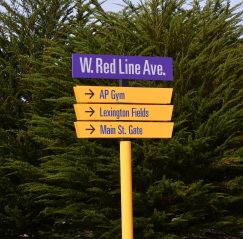 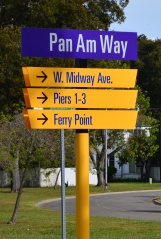 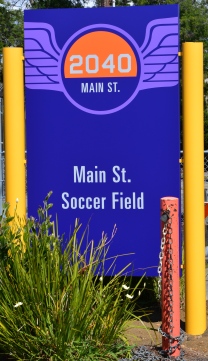 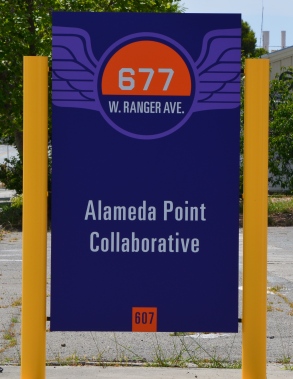