The brightly colored male and its grayer colored mate were spotted briefly landing on top of an old light pole, as if to show off their insect catch.  More likely it was a precautionary stop to ensure that no predators were lurking nearby before springing into air and entering the nest cavity in the pole just below the top.

This was the only clue in early May 2020 that a pair of Western Bluebirds had a nest at the old campground at Alameda Point.  The chicks were silent and unseen for weeks until they began peering out of the hole a few days before flying away.

For almost a month, the male and female would come and go about every 20 minutes from sunrise to sunset delivering all manner of bugs to the hungry chicks.  The menu included everything from a grasshopper down to an earwig – butterflies, moths, caterpillars, spiders, beetles, earthworms, and numerous insects too small to identify.  Based on two-hour periods of observation, the total volume of bugs delivered to the nest could easily have reached 1,000.  Some of the bugs were snatched from the ground just a few dozen feet from the light pole.  Others were brought back after foraging forays that lasted a half hour. 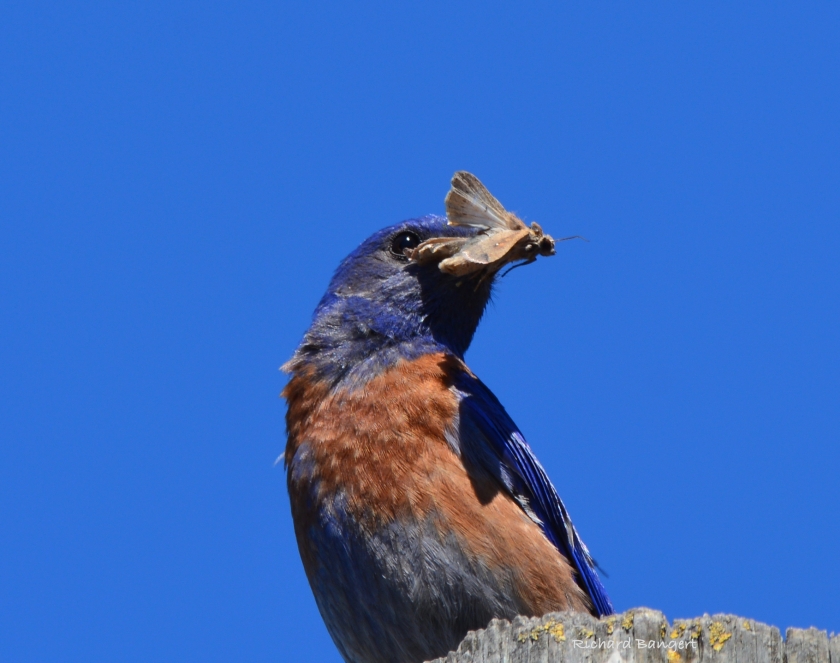 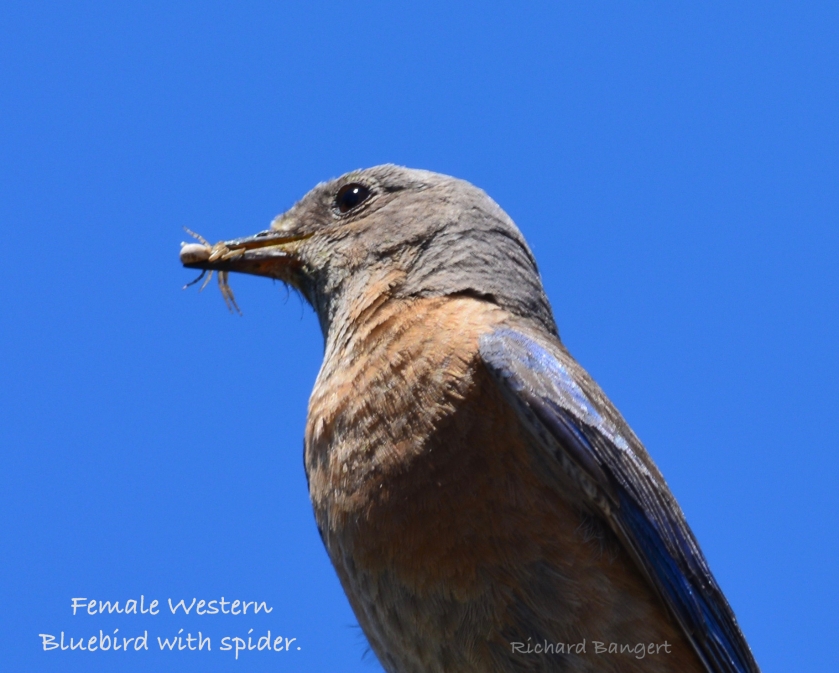 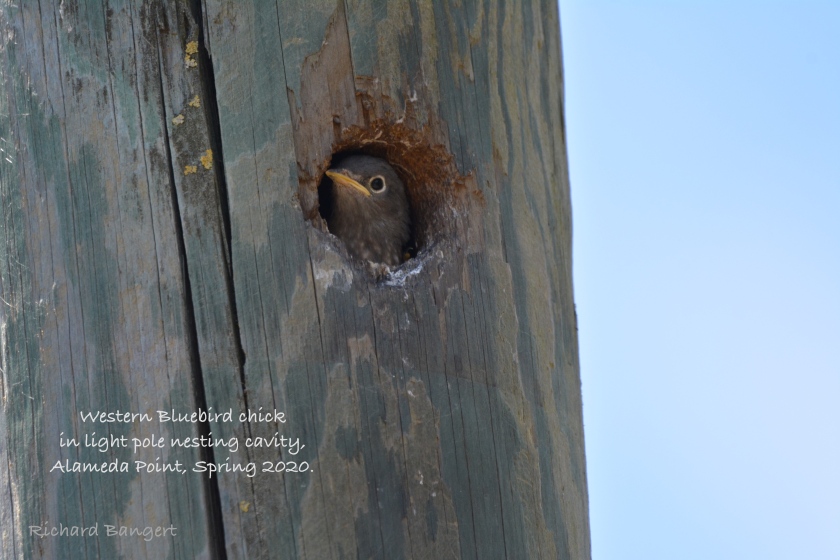 After an absence of two days at the end of May, I returned to find no sign of the adult bluebirds who could normally be spotted within minutes on one of their regular perches.  The family of bluebirds – three chicks and two adults – were soon spotted in a nearby grassy field close to the ferry maintenance facility.  The adults were teaching their youngsters to forage for food, even as the young fledglings continued to beg for food. 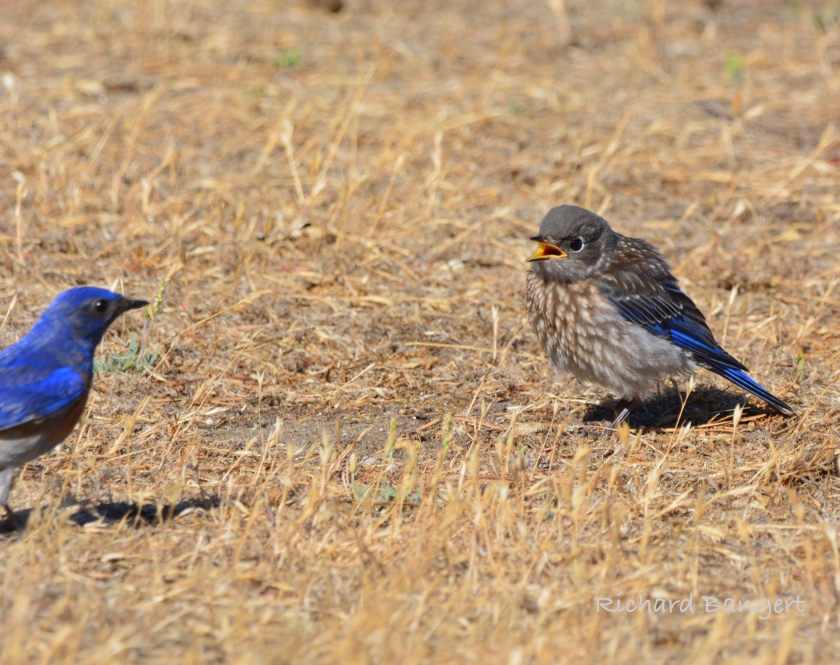 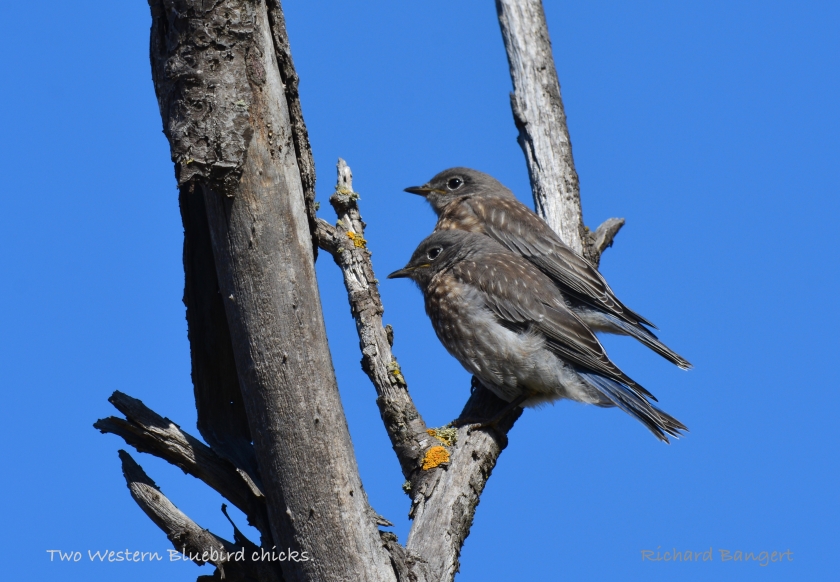 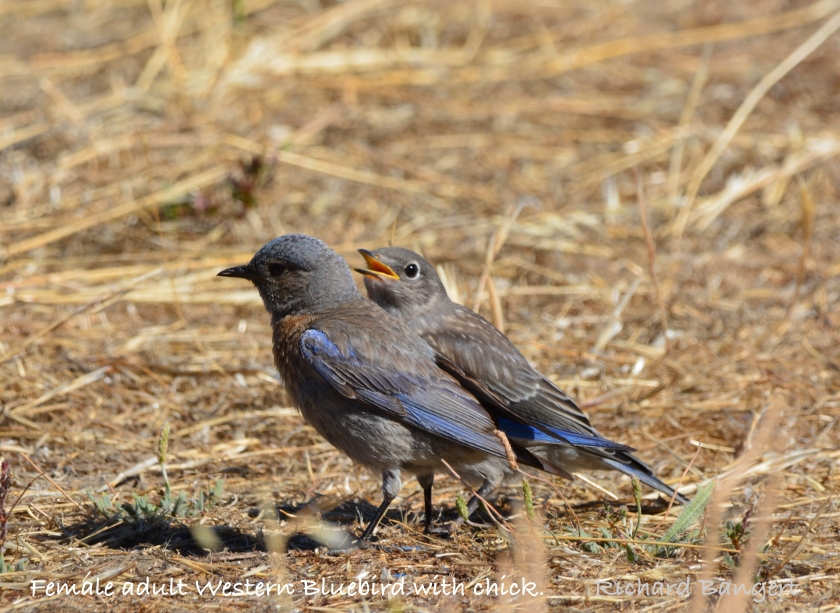 The volume and variety of insects, spiders, and worms necessary to raise these bluebird chicks points up the importance of a healthy and balanced ecosystem to maintain nature’s web of life.

At least once a day, one of the adults would exit the nest hole with a clump of whitish colored poop, but with rare exception they never dropped the poop near the light pole.  They always carried it a good 30 feet away before dropping it.  This appears to be a calculated behavior to avoid attracting the attention of a roving predator who could scale the pole and attack the nest. 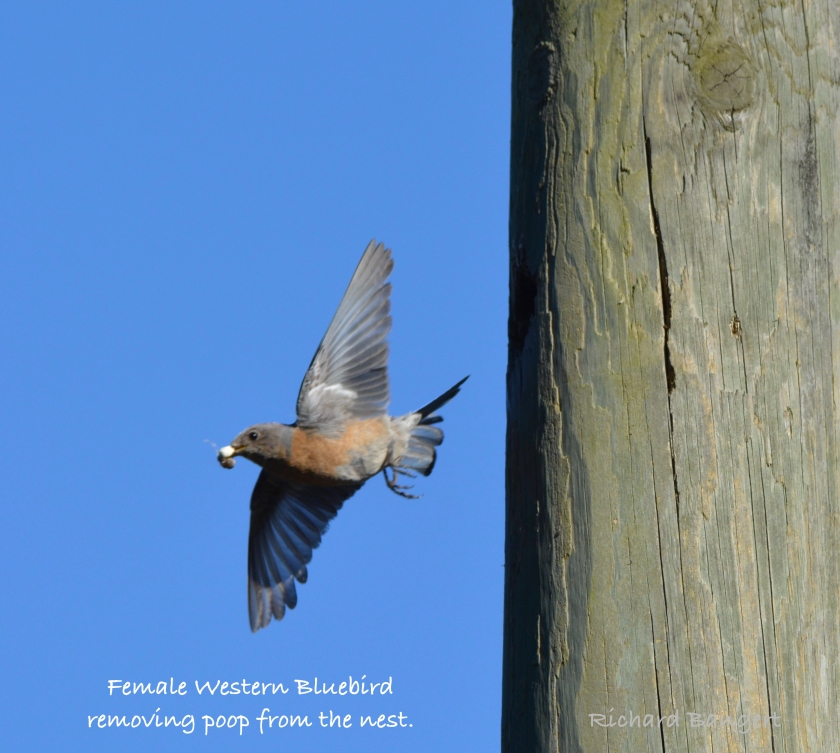 Early in the feeding process when the chicks were still very tiny, the male returned with a moth.  He entered the nest cavity, but quickly flew back out, still carrying the food for its chicks.  Apparently he was nervous about his ability to transfer this insect to one of the tiny chicks and decided it was better to let his mate feed this moth to her chicks.  After several tries on top of the light pole, he transferred the moth to the female who then flew into the nest to feed her chicks.  As time went on, the male became adept at feeding. 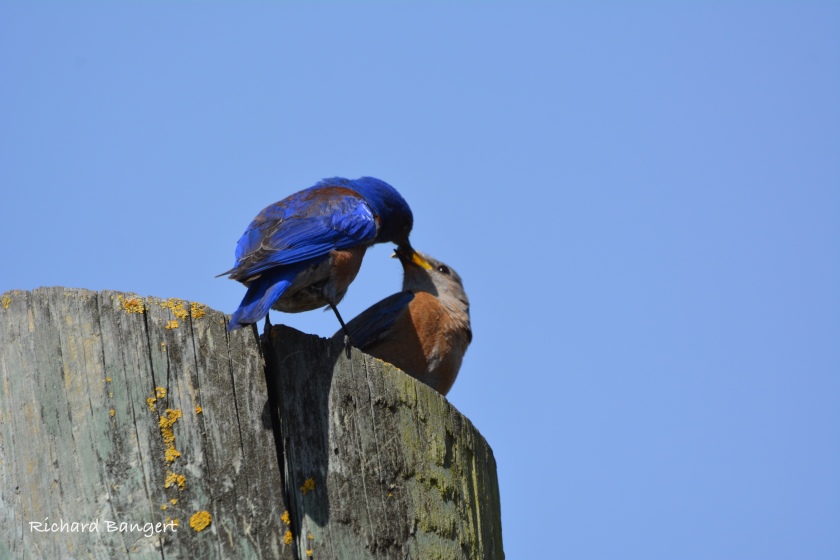 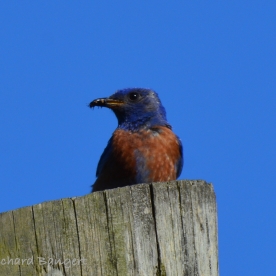 2 thoughts on “Western Bluebird chicks raised on smorgasbord of bugs”