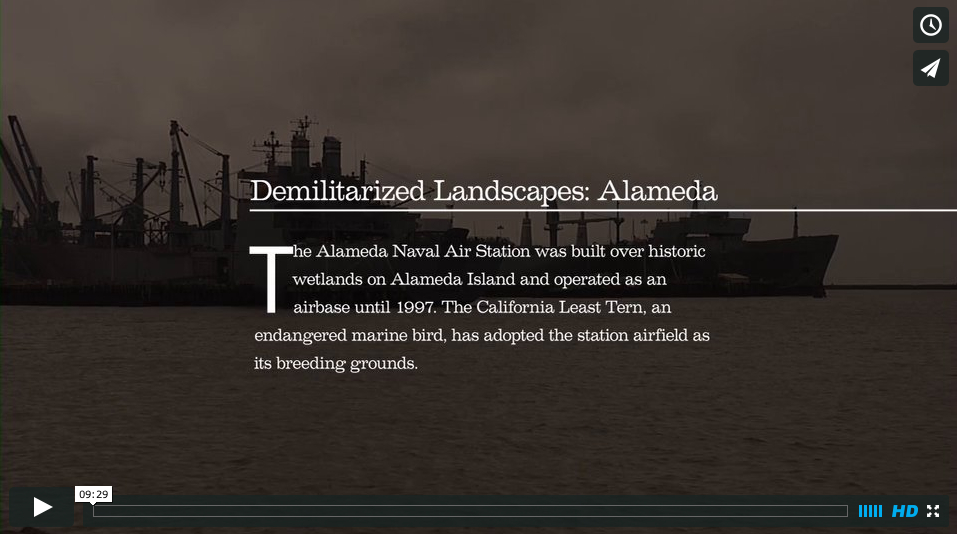 “Demilitarized Landscapes” is a nine-minute film about three San Francisco Bay Area communities in which the military has played a major role:  San Francisco’s Bayview Hunters Point, Alameda Point, and the Richmond waterfront.  The film was featured in a special exhibition called “Above and Below: Stories From Our Changing Bay” at the Oakland Museum of California.  The exhibition, which ran from August 31, 2013 to February 23, 2014, explored the impacts of humans and natural forces on San Francisco Bay over the last 6,000 years.

The film played continuously in a special display area titled “Military Landscapes – Demilitarized Landscapes” and shows the transitions being made today.  The Alameda Point segment focuses on the Nature Reserve and the recovery effort for the endangered California Least Tern.