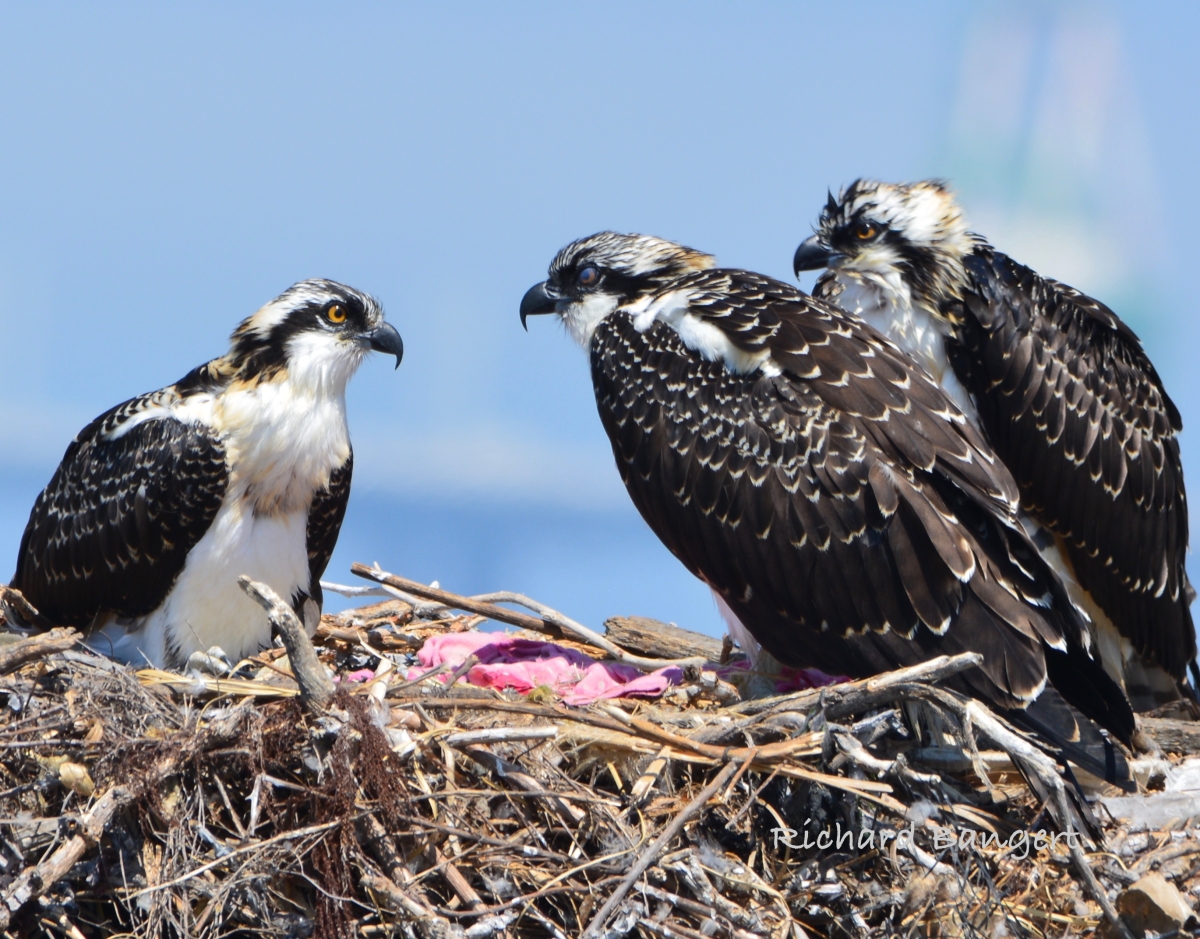 Ospreys returned again this year to nest at Alameda Point’s Seaplane Lagoon.  But midway through the rearing process, the female became the sole provider and protector of her three chicks, after the male became entangled in fishing line.  Such osprey single parenting is unheard of.

The nest on an old Navy light stand at the entrance to the Seaplane Lagoon is familiar to the ospreys, having raised young here before.  The crown of sticks has become part of the fixture, decorated by the ospreys with “arts and crafts” bits of fabric and string.

The osprey adults were first seen by osprey watchers feeding the unseen chicks deep in the nest on May 20, and two weeks later three wobbly chicks were seen popping their heads up within view.

All was going well until June 19.  On that day, the male returned from a foraging trip empty-handed.  With his legs wrapped in fishing line and a red and white bobber dangling in the wind, he flew over the nest making eye contact with his mate.  This remarkable and heart-wrenching scene was captured in a photo by local photographer and boater Phil Dauber, who was aboard his boat observing the ospreys.  The male was never seen again.

With the male gone, the young chicks were vulnerable to attack by other birds and intrusions into the nest to retrieve fish scraps while the female was gone.  But the female quickly stepped up her game.  “The female would not allow other birds near the nest, and it would seem that her authority was soon accepted by neighboring birds,” said Leora Feeney with Golden Gate Audubon Society in her journal chronicling the nesting saga.

“Her trips to forage were short: usually less than 10 to 15 minutes,” said Feeney.   “While gone, the young would be deep in the bowl of the nest out of sight.  She would sometimes return to the nest to check on the young (it seemed) without fish and leave again, returning later with a catch.”

By late July, the three healthy fledglings were standing tall in the nest, and by mid-August they were off on a life of their own. 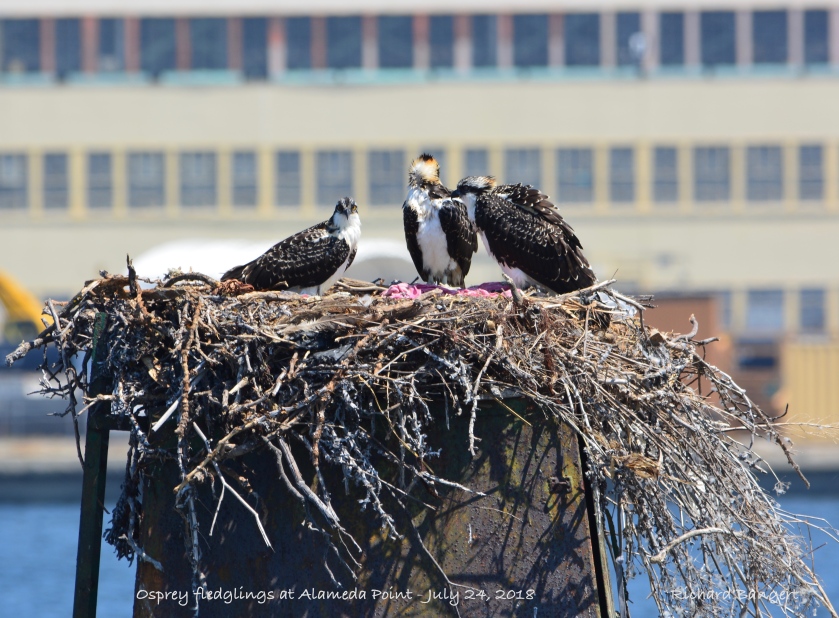 This is not the first time an osprey has suffered a mishap with fishing line in Alameda.  Several years ago, residents of Ballena Isle were walking along a boat dock in the harbor and noticed an osprey floating in the water tangled in fishing line.  They were able to scoop up the osprey and clip off the fishing line.  After a short time of rest on the dock, the osprey flew away.

3 thoughts on “Osprey Family Thrives in Face of Adversity”