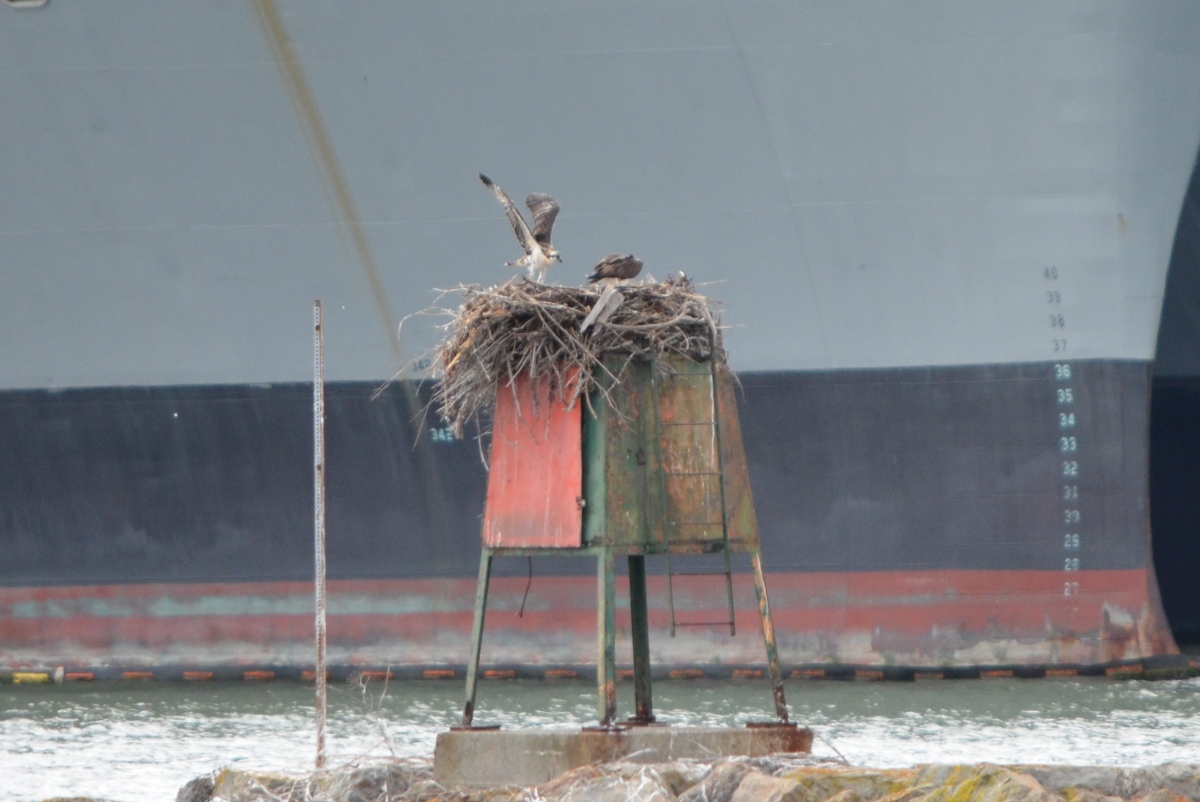 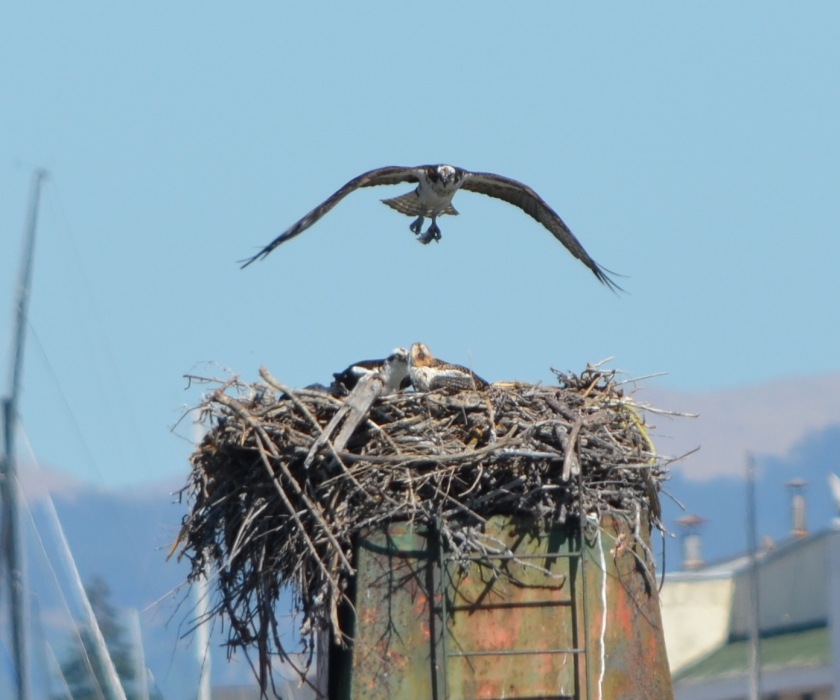 Parent osprey landing with fish as fledgling waits on right, with parent looking on.

This is the third year that a pair of ospreys has nested on the old light stand at the entrance to the Seaplane Lagoon.  This year’s mating effort produced one fledgling.

As June draws to a close, the fledgling can been seen standing on the nest and going through a series of wing calisthenics as one of the parents looks on.  Occasionally a parent will fly in a circle around the nest as if to say, “Look, this is how it’s done.  It’s easy.”   Spending most of its time hunkered down in the nest, often with brisk winds coming in across the Bay, the fledgling waits patiently for the high points of the day – its parents returning to the nest with a fish.  It won’t be long before this osprey family will be winging their way back to the wild. 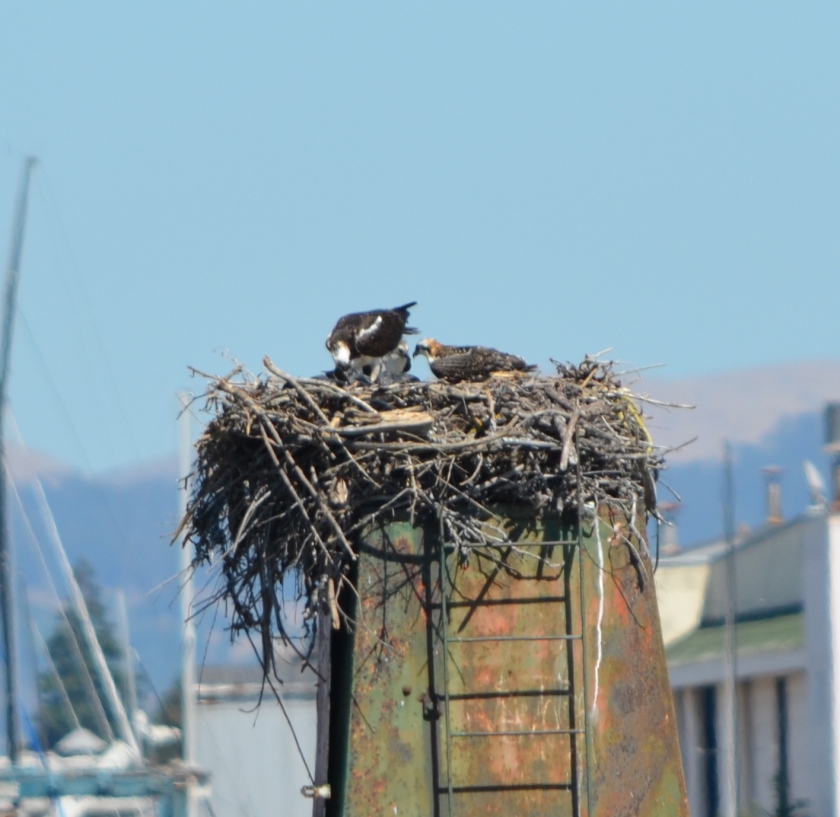 Fledgling osprey watching and waiting for its turn as parent eats fish. 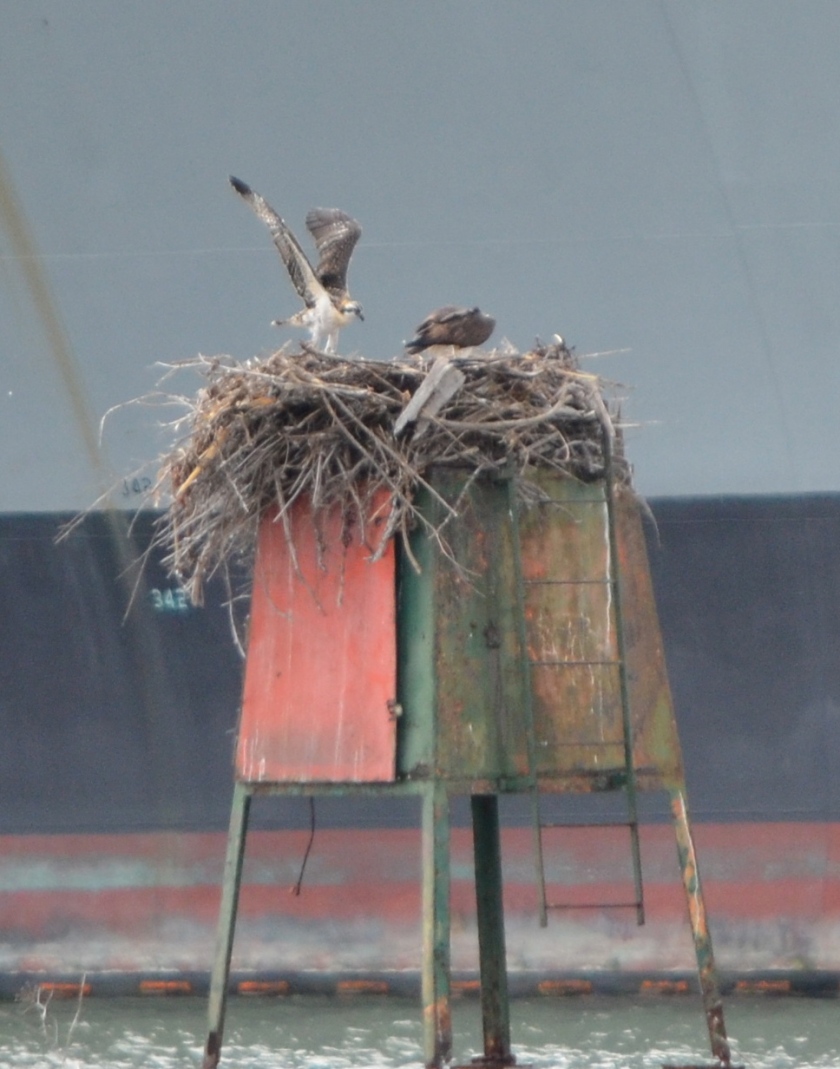 Fledgling osprey exercising its wings above, while parent looks on. 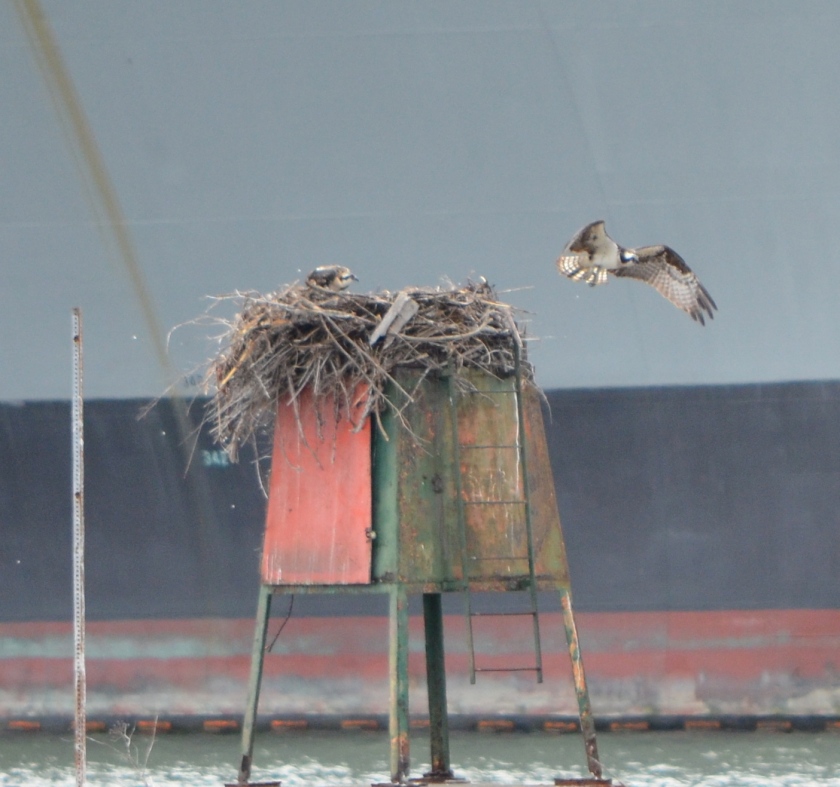 Above and below – parent osprey appears to be giving flight demo as it circles nest with fledgling looking on. 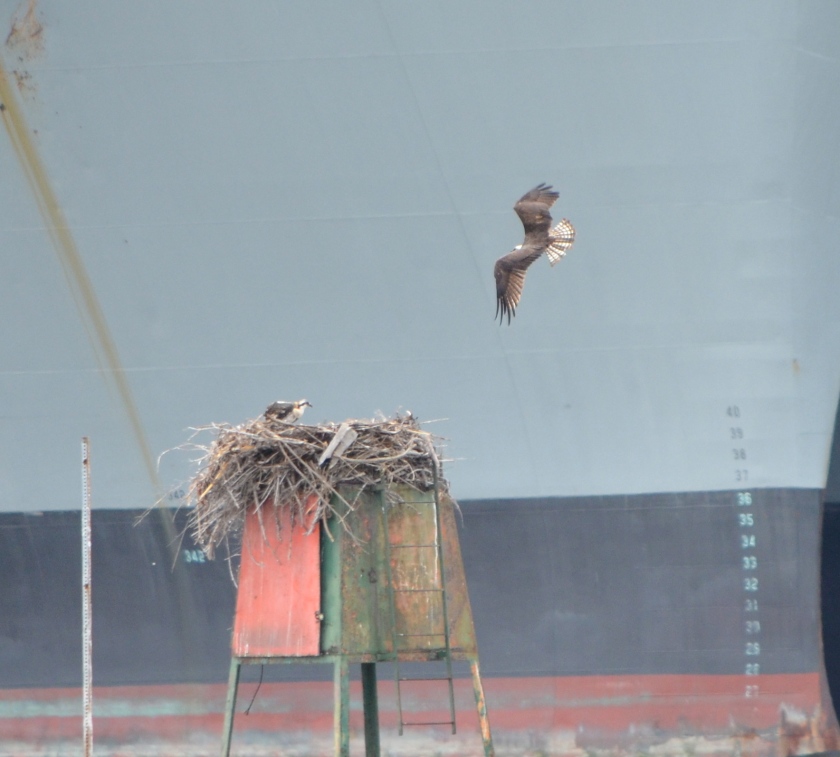 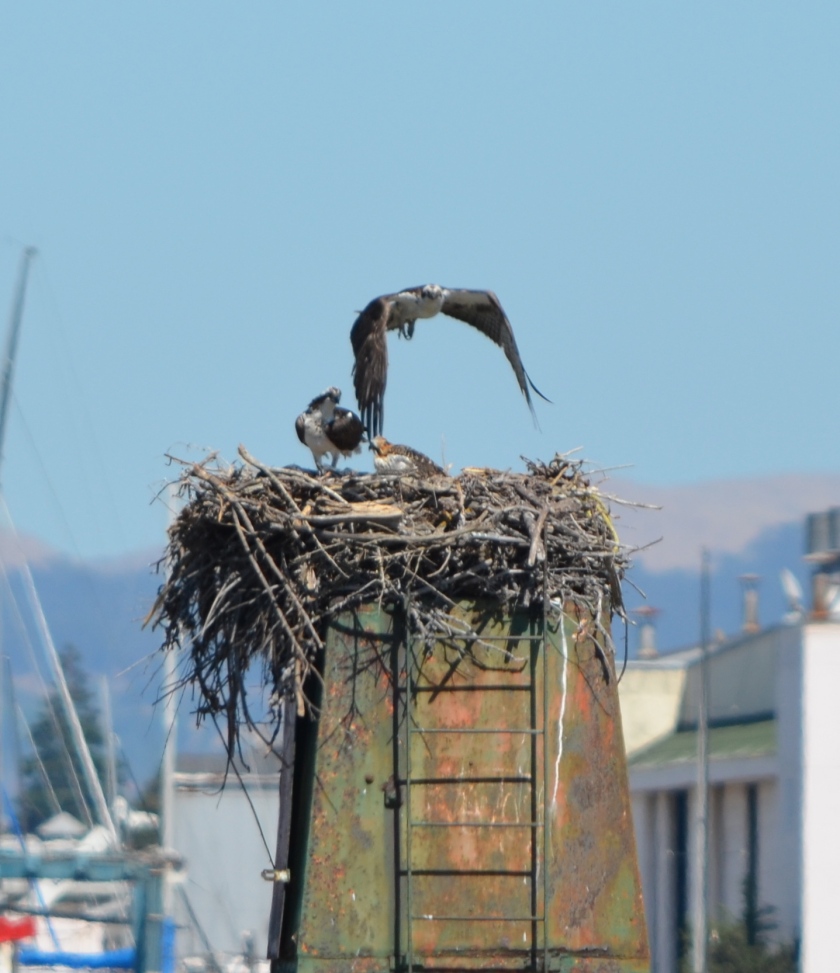 Parent osprey lifting off from nest as fledgling sits, with other parent looking on.  Note juvenile colors and wing spots.